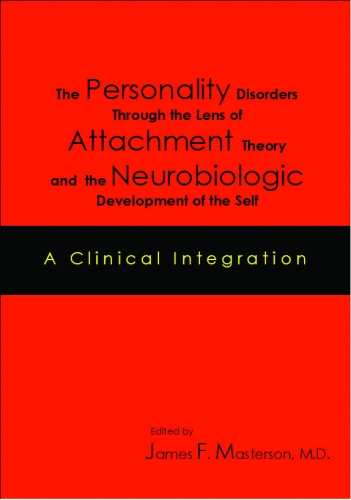 Personality Disorders Through the Lens of Attachment Theory

This title is temporarily out of stock, and should be available in February 2020.

Dr. Masterson and his fine team of coauthors have assembled a rich and comprehensive volume that features discussions of transference and countertransference, consciousness, mother-infant attachment, the psychotherapy of trauma, and therapeutic neutrality under challenge, among many other important topics. The members of the team are Margot T. Beattie, Barbara L. Short, Donald D. Roberts, Ken Seider, Steven K. Reed, Joseph Farley, Jerry S. Katz, and Judith Pearson.