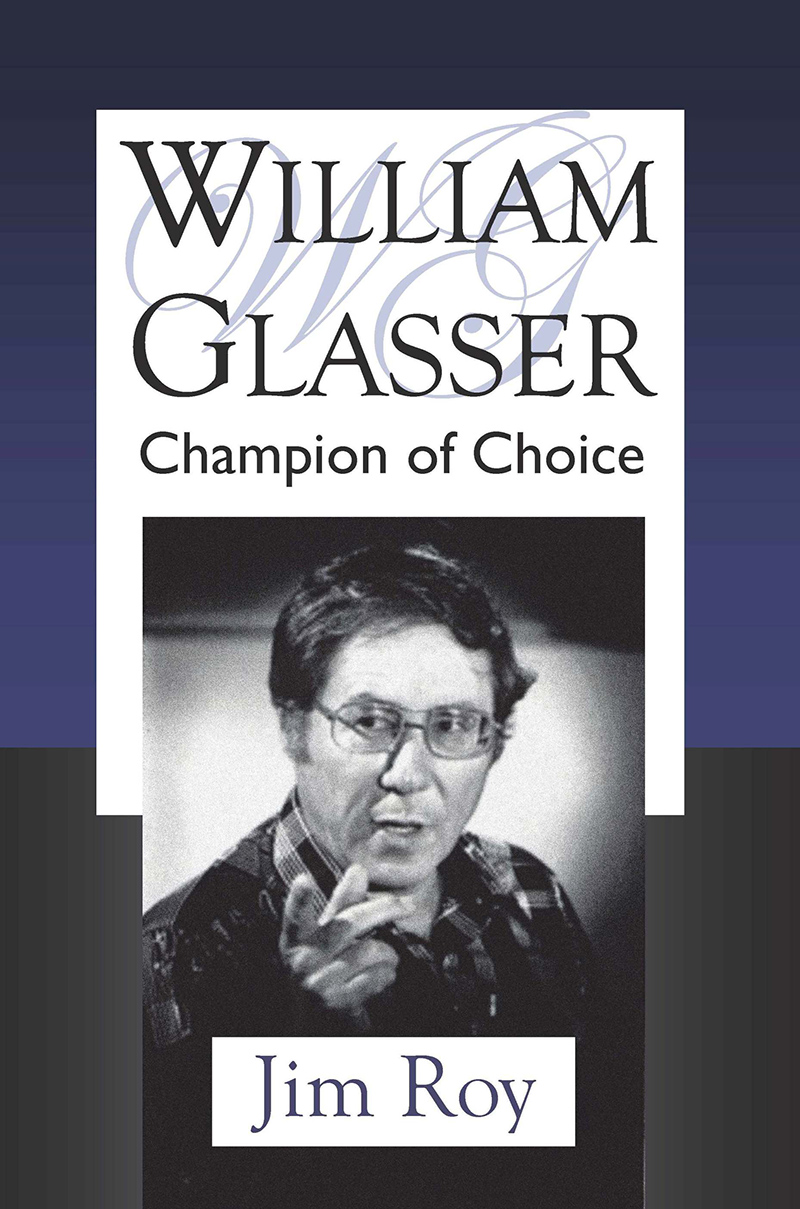 WILLIAM GLASSER: Champion of Choice
A biography by Jim Roy

William Glasser did not just have a profession, he had a mission—to empower people through choice, free will, and self-determination. He envisioned a better world, and the weighty issues he tackled reflected that—the definition, diagnosis, and treatment of mental illness; the explosion of psychotropic drugs; addiction and self-medication; failing marriages and the high divorce rate; disconnected families; crime and crowded prisons; underachieving students and marginal schools; and worldwide political oppression and violence.

Although Glasser was already gaining recognition in the early ‘60s with the publication of his first book, Mental Health or Mental Illness, his notoriety changed significantly after his second, Reality Therapy (1965). Working as psychiatrist in the late ‘60s at the Ventura Schools for Girls, a school for troubled teens, Glasser’s professional life really began to take shape as his ideas were implemented, dramatically changing and reforming young women who most had given up on. His long and successful run at the school prompted another book, Schools Without Failure (1969), which is still a bible to many present-day educators.

Over the next four decades Glasser published 23 books and a slew of booklets and articles, and was interviewed and written about in myriad books, magazines, and journals. The principles and concepts he held and generously shared and articulated through his books and public speaking were reality therapy, control theory, choice theory, and mental health as a public issue rather than a medical issue. The latter being the most controversial in that Glasser swam against the tidal wave that swept in the growing belief that drug therapy should supersede talk therapy.

Also captivating is Glasser’s personal life – his own dysfunctional family history, the family losses he endured, and his quest to find love again. And through it all he selflessly continued to work to change the bigger picture. In the introduction of William Glasser – Champion of Change, it’s stated that novelist Thomas Berger once said writers write because “it isn’t there,” and Jim Roy takes that to heart giving us a comprehensive and compelling biography on voice that will surely echo throughout history.